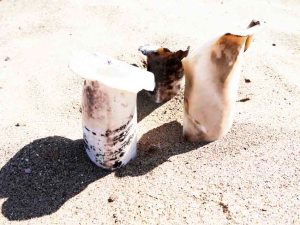 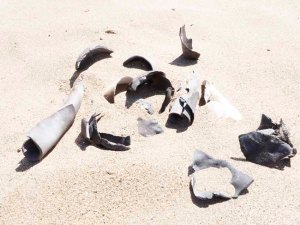 Artefacts and images from the planet Nujema in the Xillian galaxy. The planet has a decayed atmosphere that is over 90% carbon dioxide with other elements including nitrogen and argon with trace amounts of water vapour and other gases. It extends 12kms out into space and the ship Stella Pioneer (Wayfarer special class) passed through dense dust clouds to reach orbit.

These subsequently cleared enough to reveal a desolate landscape of sand and rock.  Stella Pioneer remained in parking orbit while a small pathfinder vehicle landed and roamed an area of approximately a hectare, sampling materials and scanning for anything of interest. Images in the archive show how some of these artefacts were discovered after the pathfinder found sites of possible interest. Initial indications of the finds in this room were small clusters of objects leading to a place where the pathfinder’s sensors suggested there might be more.

Uncovered was a cache of material showing manifestations of material manipulation, both in manufacture and decoration.